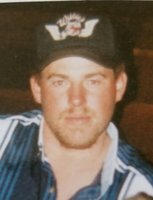 A Gathering of his Friends and Family will be held from 5:00PM until 7:00PM Monday evening February 4, 2019 at the Pierce-Jefferson Funeral & Cremation Services Chapel.

A native of Forsyth County, Jason was the son of the late Karen Cook Fowler and Roger Wilson who survives.