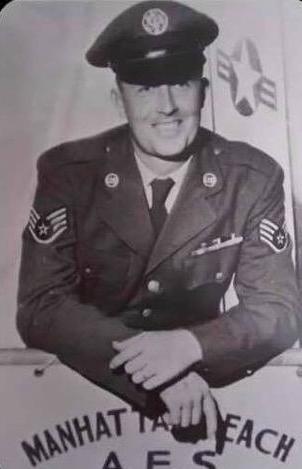 Funeral Services to celebrate his life will be held at Triad Baptist Church, where he was a longtime member, will be Thursday May 9, 2019 at 1:00PM.

The family will visit with friends immediately following the service at the church.

Graveside Rites with full Military Honors will be held 9:00AM Friday May 10, 2019 at Salisbury National Cemetery.

A native of Beaufort County, Alton was the son of the late Annie Wallace and Carbie Smith. He was married to the late Shirley Jones Smith and later to the late Lauretta Smith. In addition, he also was preceded in death by his sister, Reita Smith, and brothers, Earl Smith and Carbie “Bud” Smith.

He served his country with the United States Air Force during both Korea and Vietnam Wars, retiring in 1969.

Survivors include his daughters, Vicky Arnold and Reita Murray both of Kernersville, Mary Powell and Jim of California, Marie Farmer of New Hampshire, and Patricia Espinoza of Texas; sons, A.B. Smith, Jr. and Penny of Kernersville, Charles Smith and Amy of Marysville, Washington, and John Barefoot of Georgia; step-daughters, Grace Hooper of Charlotte, NC, and Rachel Feldman and Murray of Welcome, NC; twenty-one grandchildren, thirty-one great-grandchildren, and two great-great-grandchildren; sister, Joyce Boyd of Washington, NC; brother, Roland Smith of Virginia; and a host of nieces, nephews, extended family and friends.