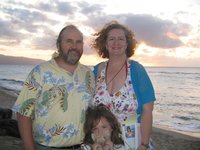 Kernersville-Betty Lyon Veach, 94, died Tuesday October 18, 2011 in Winston Salem. Funeral Services celebrating her life will be held 2:00PM Saturday October 22, 2011 at the Pierce-Jefferson Funeral Home in Kernersville. Interment will immediately follow in Oaklawn Memorial Park. Born in Wilkes County, she was the daughter of the late Nancy Julina Norman Lyon and Dolphus Lyon. After age seven, Betty and her four sisters lived at the Mills Home in Thomasville following her fathers death. Her mothers illness prompted the decision for the girls to enter the care of the Mills Home. She was Valedictorian of her Mills Home Class, and continued her studies at Meredith College on Scholastic Scholarship. She was the devoted wife of the late Marvin Homer Veach who died in 1996. She retired from Wake Forest University in 1990 after 25 years of dedicated service for the Department of Education. In addition to her husband, she also was preceded in death by her sisters Emily Holloway, Margaret Kennedy, Ruby Peabody, and her brother Floyd Lyon. She is survived by her loving family, including daughters Nancy Solomon and Jimmy of Shreveport, Louisiana, and Laura Harrelson and George of Wallburg; sons Dan Veach of Westminster, South Carolina, and Stuart Veach and Donna of Pooler, Georgia; sister Ruth Vehslage of Dover, Delaware; grandchildren Dana Poleman, Jason Veach, Drew Veach, and Alana Harrelson; and great-granddaughter Jordan Wright; daughter-in-law Janie Veach; sister-in-law Nell Fouts; and her dear friend of over 60 years Lois Collins; and a host of nieces, nephews, extended family and dear Pollirosa friends. The family will visit with friends from 12:30PM-2PM Saturday October 22, 2011 at the funeral home prior to the service. Friends and family may sign, and view, the guestbook at www.Pierce-JeffersonFuneralService.com Memorials may be directed to the Baptist Childrens Home, P.O. Box 338, Thomasville, NC, 27361-0338. Service Information