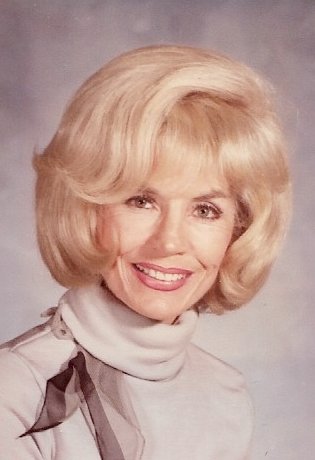 Bette Ann Hendrix Light, 88, the daughter of the Rev. Thomas and Edith Hendrix was born into the church and it was the center of her life. January 10, 2019 her membership was transferred to the Church Triumphant where she will worship for eternity.

Bette was born in Greensboro on May 23, 1930. She married James Light at West Market United Methodist Church, where she volunteered in the Children’s department for many years. Jim and Bette later transferred to their neighborhood church, Muir’s Chapel United Methodist Church. Bette was active in United Methodist Women, Circles, tape ministry, altar Guild, Staff Parrish, prayer chain, OPALS, and GRACE programs. She was particularly blessed to serve as the director of OPALS(older adults) and Circle leader. She was a student of BSF.

Bette followed her mother as a dedicated educator with a lifelong passion for learning. Teaching was much more than a job. She enjoyed the challenges, relationships, and excitement that teaching brought her. Most of her 34 year career was with Greensboro City Schools. She wrote many original plays and developed techniques designed to highlight the talent and learning style of each individual student. Her goal was to develop self-esteem which would maximize the possibility that the knowledge acquired would exceed the period of instruction.

Bette graduated from Greensboro High School. She attended Guilford College and as a freshman she sang in the choir and was chosen Christmas Queen. She later graduated from East Carolina University. While there, she served on the Recruiting Team and as Marshal, and she was Homecoming representative. She pursued graduate studies at Wake Forest University and University of North Carolina-Greensboro.

She taught her first year in Wilmington and was chosen “New Teacher of the Year”. She held memberships in a number of professional organizations. Significant among those was initiation into Delta Kappa Gamma Honor Society for outstanding Educators. She was the 1980-81 Price Traditional and 81-82 PTA Teacher of the Year. She was listed in Who’s Who among outstanding Educators in 1990.

Early on, her mother fostered a love of music and she was singing solos in church on the radio by age 10. She was an equestrian most of her life, and she was an avid water skier well into her 70’s. She was in her element on the water. She always said her ski runs were a time of praise and Heaven seemed a little closer on the water. She enjoyed a variety of crafts and the challenge of making “something out of nothing”. She took pleasure in designing greetings for her card ministry. Bette’s creativity emerged in all her efforts.

She was preceded in death by her parents, two sisters and five brothers.

She is survived by her husband, James Madison Light, Jr.; son James Light, III(Capt. Jim) and his family of Kernersville, including three grandchildren, Skyler, Joshua-Guy, and Lea.

In Bette’s own words, “I never expected such a wonderful life. I’ve had meaningful opportunities to serve the Lord, I’ve had a loving family which I’ve loved with all my heart, I’ve been blessed with good health which afforded a very active lifestyle, all reasons to be in the House of the Lord giving thanks.

Although, following a 2016 automobile accident, Jim and I have been handicapped and had to curtail our activities, we have remained thankful.”

To honor Bette, it would be her desire for you to take time to offer a helping hand, a listening ear, or a heartfelt prayer for someone in need.

Funeral Services will be private.

Services for Bette Light
There are no events scheduled. You can still show your support by sending flowers directly to the family, or planting a memorial tree in memory of Bette Light.
Visit the Tribute Store

Share Your Memory of
Bette
Upload Your Memory View All Memories
Be the first to upload a memory!
Share A Memory
Send Flowers