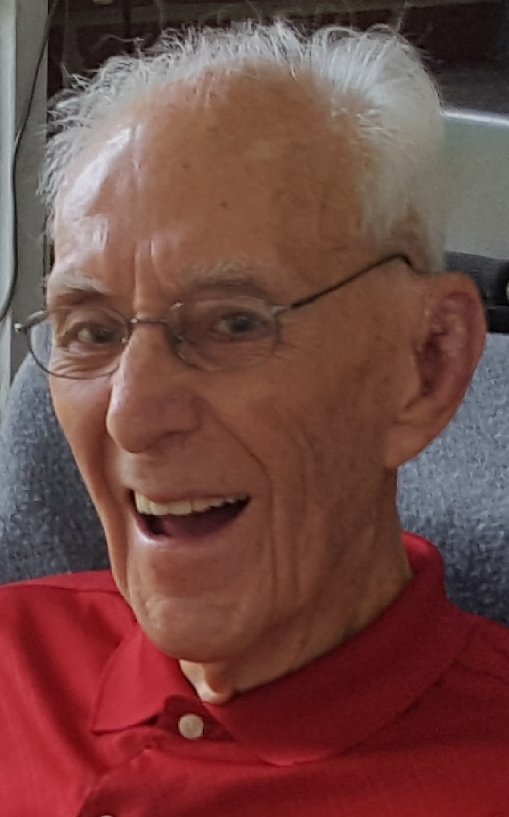 A Mass of Christian Burial will be held 10:30AM Tuesday February 12, 2019 at Holy Cross Catholic Church with Father Paul Dechant, O.S.F.S. officiating.

He was born September 23, 1925 in Brockton, Massachusetts to the late John Plunkett Lundergan and Susan Kent Fitzpatrick. In addition to his parents, he also was preceded in death by his former wife, Anna Caporaso of Pen Argyl, Pennsylvania, and brothers, Richard Kent and John P. “Jack” Lundergan, Jr.

Robert graduated from Freeport High School on Long Island, New York in 1943. He sailed in the Merchant Marine with his father for many years, carrying displaced persons from Europe to countries all over the world. He married Anna Caporaso. After many years of attending Lafayette Evening College in Easton, Pennsylvania, he earned a B.S. in Mechanical Engineering from Lafayette in 1964.

Bob was a lector and a faithful member of Holy Cross Catholic Church in Kernersville, including being the “Parishioner of the Year”. He was a fourth degree member of the Knights of Columbus. He was a faithful handyperson and won a distinguished award with the Shepherd’s Center of Kernersville.

He had bequeathed his body to Wake Forest Medical Center and his remains will be inurned in Gardens of Memory in Walkertown at a later date.

Memorial contributions may be made to Holy Cross Catholic Church.