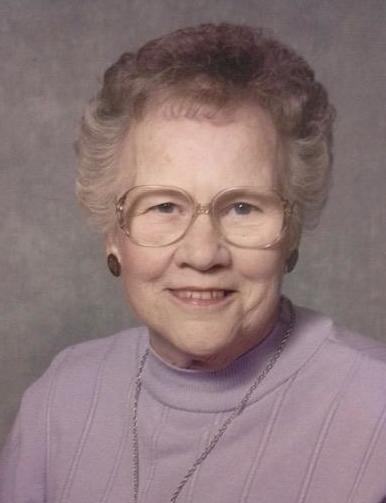 Funeral Services celebrating her life will be 11:00AM Saturday April 27, 2019 at Kernersville Moravian Church with The Rev. John G. Rights officiating.

Born May 9, 1928 in Washington, D.C., Martha was the daughter of the late, Roy T. McLean and Johnnie Lucille Woodall McLean. She was married to Beverly Eugene Clark and was preceded in death by him. They had two daughters, Beverly Lucille Clark and Martha Wynne Clark. Later in 1957, Martha married George Edward Fisher. She and George lived and worked in the D.C. area and in Norristown, Pennsylvania before moving to Kernersville, North Carolina. When they moved to Kernersville, Martha worked for Bob Love Insurance until 1984. She later served as the Chief Bookkeeper for Holy Cross Catholic Church until she retired in 1996.

She considered her greatest blessing to be the day she believed in Jesus Christ as her Savior, and her greatest accomplishment to be the days she served Him. She will be best remembered in Kernersville for her work with Missions, both here and around the world. She began the Prayer Ministry at Kernersville Moravian Church in February 1982, after beginning a Women’s Bible Study Group in 1982.

In addition to her husbands and parents, Martha was preceded in death by three brothers and one sister.

The family will visit with friends at the church immediately following the service on Saturday.