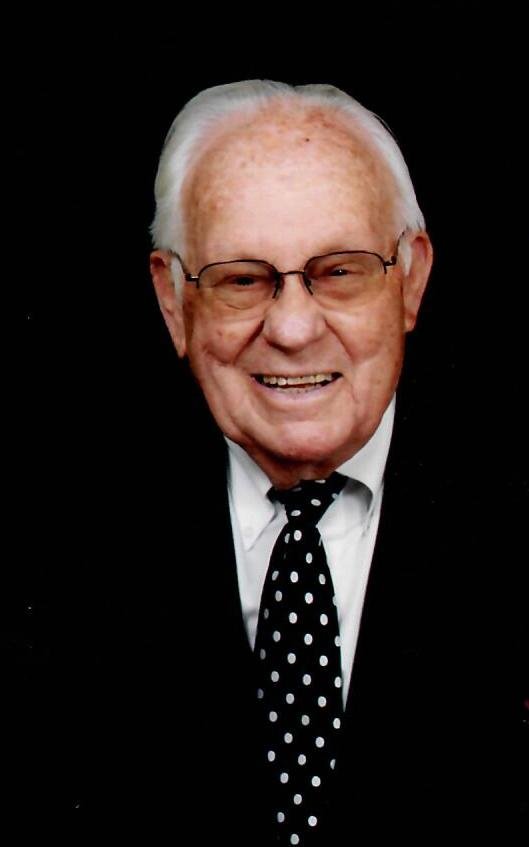 Funeral Services celebrating his life will be held 12:00PM Monday August 12, 2019 at the Pierce-Jefferson Funeral Chapel with Rev. Mike Gehring and Rev. Rick Carter officiating. The family will visit with friends immediately following the service at the funeral home.

A native of Walkertown, Wayne was the son of the late Odella and Dallas Jones. In addition to his parents, Wayne also was preceded by a son, Joseph Wayne Jones; sister, Reba Pulliam; and his brother, R. B. Jones.

He graduated from Walkertown High School in 1943. He later served his country with the US Army Air Corps for the remainder of WWII until 1946. Upon returning from the War, Wayne attended Draughn’s Business College. Beginning his career in the car business at Hull Dobb’s Ford in Winston-Salem, Wayne would become a part of a Ford Dealership in Rural Hall and later acquire the Ford dealership in Eden. Wayne Jones Ford grew over the next seventeen years of operation.

Wayne and his wife of 72 years, Ruby moved back to Kernersville in 1982, where they have lived the past 37 years. They both have been longtime members of Main Street United Methodist Church.

In lieu of flowers, contributions are asked to be made to Main Street United Methodist Church, 306 S. Main Street, Kernersville, NC  27284

Share Your Memory of
Wayne
Upload Your Memory View All Memories
Be the first to upload a memory!
Share A Memory
Send Flowers