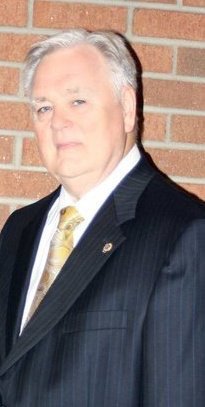 A lifelong resident of Forsyth County, Roger was the son of the late Ralph Franklin Stockton and Betty Sue Mabe Stockton. He was married to the late Brenda Newman for fifty-two years. He graduated from Kernersville High School, and later attended Guilford College, College of Chicago, and Management schools with Forsyth Technical Community College.

He would serve his country with his beloved US Marine Corps, and currently with the Marine Corps League 260 in which he served as Commandant in 2018. One of his community highlights was serving on the Executive Committee for the Carolina Field of Honor at Triad Park.

Roger’s career started as a Salesman and led him to the Radio Communications Industry. He was General Manager of Summit Communications stations WSJS/WTQR in Winston-Salem, WBIG/WJAM in Greensboro, WAVE 104 in Myrtle Beach, and WMFR in High Point. He retired as Vice-President of North Carolina Broadcasting properties for Summit.

His service to his community included serving as President of the West Sertoma Club, Kernersville Lions Club and Winston-Salem Merchants Association. He was a member of both the Jaycees and Kiwanis Clubs in High Point. He was a 50 year Scottish Rite Mason and a Shriner.

Roger’s family was his life and he always enjoyed traveling the World and visited all fifty states, most of Europe, and East Asia as well.

Share Your Memory of
Roger
Upload Your Memory View All Memories
Be the first to upload a memory!
Share A Memory
Send Flowers