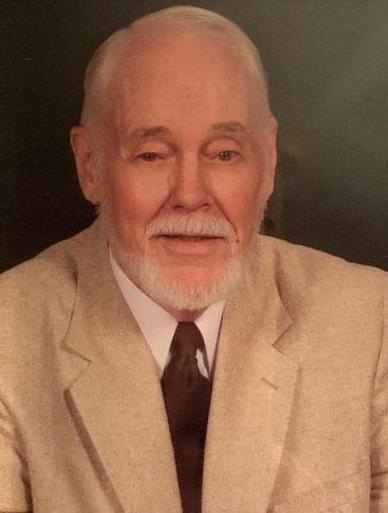 He served in the U.S. Air Force during the 1950’s and spoke often of the time he spent at Lakenheath Air Force Base in England.

After retiring from Knight Ridder Newspapers, Columbia, S.C. in l990 he and his wife, Rosalie, moved to Kernersville, N.C.

A member of First Presbyterian Church, he served as an Elder and on several committees.

He was a Life Member of Earlewood Lodge No 371, Columbia, S.C.; and a Past Grand Royal Patron of the South Carolina Grand Court, Order of the Amaranth.

The family would like to express their thanks and appreciation to the Doctors, Nurses and Staff at the ACE Unit-Sticht Center and Trellis Hospice for their concern and caring during his final days.

Services will be held at First Presbyterian Church, Kernersville, at 11:00AM Wednesday October 30, 2019 with Rev John Pruitt and Rev George Murray officiating.  The family will receive friends immediately following the service.

In lieu of flowers donations may be made to First Presbyterian Church Memorial Fund, 611 Oakhurst St., Kernersville, N.C. 27284.

Share Your Memory of
James
Upload Your Memory View All Memories
Be the first to upload a memory!