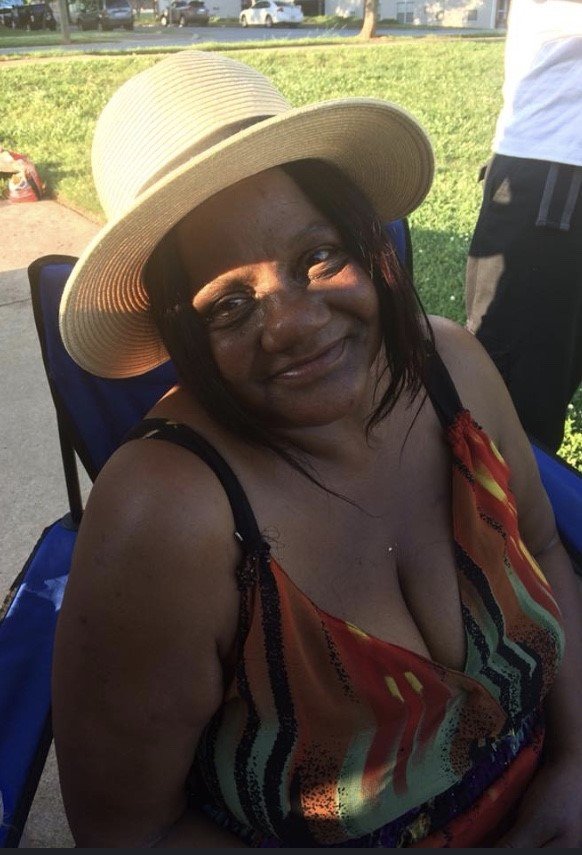 Ms. Angela Gail Robinson John was born in Winston-Salem, NC on November 15, 1959 to Howard Robinson and Gwendolyn D Robinson. When she was one year old, her parents moved to New York City, NY. She attended P.S. 39, IS 201, and Benjamin Franklin High School where she graduated.

She was affectionately known as Sandy to her family and friends. Ms. Sandy was the life of the party, she loved entertaining people, loved making people laugh, clowning around all the time, and loved to dance. Ms. Sandy was a real music lover; she had some of every kind of music you can think of. She had a heart of gold always helping anybody and everybody. She also had a great love for her children and her grandchildren and would do anything for them.

Ms. Sandy moved back home to Winston-Salem NC from New York City in 1991, after her mother moved back. She developed a love for Jehovah and was studying the bible at the time of her death.

Ms. Sandy was preceded in death by her parents; her husband, Lucien John and a few uncles and aunts. She leaves to cherish her memory 6 children, Harkime, Hashon, Kassim, Monique, Sylvie, and Lucien Jr.; 16 Grandchildren; three sisters, Delores, Deborah and Linda; two brothers, Howard Jr., and Anthony; a host of nieces, nephews, aunts, uncles, cousins, and friends; as well as her dearest special best friends, Aldeen Jackson and Andrea Quick.

Funeral services celebrating her life will be 3:00PM Saturday, November 9, 2019 at Pierce-Jefferson Funeral Home Chapel. The family will host a reception immediately following the service in the Jefferson House.