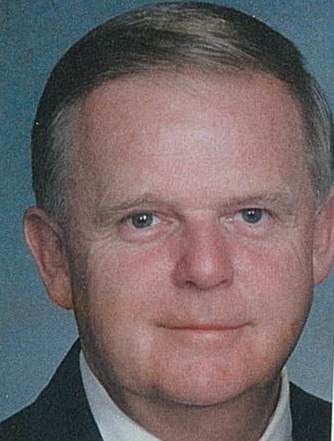 Charles Rogers Shore passed away peacefully on December 9, 2019 at the age of 89. Born in 1930 in Kernersville, N.C., he was the only child of Paul and Lula Elliott Shore.  He grew up during the Great Depression. and his first job was with the local grocery store.

Charlie graduated from Kernersville High School and from the University of North Carolina at Chapel Hill. He interrupted his college education to serve in the U.S. Air Force for four years.

After returning to UNC and graduating, he began his career in Charlotte with A.C. Spark Plugs, but soon joined Western Electric, later known as AT&T, in Winston-Salem. He then joined the company’s Information Technology group in Greensboro, remaining there for 32 years until his retirement.

Charlie was a lifelong athlete and gardener and shared his love of sports and gardening with his children. In high school, he played running back on the football team, guard on the basketball team and 2nd base on the baseball team. He taught both his children to play these sports and also taught them to play tennis and golf.  He loved attending his children’s and grandchildren’s sporting events.

His other favorite pastime was to be with his four grandchildren, and he babysat regularly for all of them for a 24-year period.  He was a loving and supportive spouse and parent. Charlie was known for his patience and appreciative nature, which he maintained even as his health declined.

Charlie is survived by his wife of 61 years, Joy Shore; daughter Emily Reeve and her husband, Brian; son Patrick Shore and his wife, Rosa; as well as his four grandchildren: Jonathan and Elizabeth Reeve and Anna and Ayla Shore.

The family would like to thank the nursing and CNA staff at WhiteStone Care and Wellness Center and Hospice of Greensboro for their compassionate care during Charlie’s last months.

In lieu of flowers, memorial gifts can be made to Kernersville Moravian Church, for the Christmas Stocking Fund, 504 S. Main Street, Kernersville, NC 28284 or to Hospice of Greensboro, 2500 Summit Ave., Greensboro, NC 27405 (www.hospicegso.org).