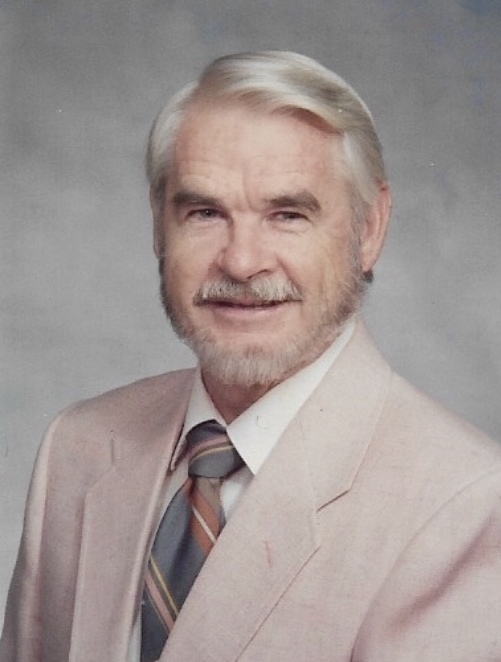 Born in Rockingham County, NC, he was the youngest of six children to James and Senora Light. His strong work ethic was evident at an early age. Jim drove the school bus to Leaksville High and hosted his early morning WLOE Radio Show before reporting to class. After High School, he graduated from Danville Technical Institute with a radio electronics first class license, while working part-time at WLOE. Jim was then recruited by the National Security Agency. After top secret clearance by the FBI, he went to work at the Pentagon until his induction into the U.S. Army. After basic training, his work at the Pentagon was so respected that he was requested to return there to complete his military duty. Upon discharge, Jim entered UNC Chapel Hill, where he served as the sports half-time announcer and worked weekends at WTVD-TV Channel 11, Durham. After graduating from UNC, he went on to work at WBIG Radio, where he became the popular host of the “Night Light” show. While there Jim met Bette Hendrix at the Sedgefield Horse Show. After learning that her horse as missing, he began announcing the loss on the radio, which resulted in finding the horse and the “bridle trail” leading to the “bridal trail”. They were married at West Market Street United Methodist Church, where he sed is God-given talent to narrate many special programs. In 1981, they joined their community church, Muir’s Chapel United Methodist Church, where he continued to share his talent as a narrator. Jim also served as Board Member, Greeter, and Usher. His friendly outgoing personality offered a warm welcome to all entered the church.

In 1970, the investment world became a major interest to him. Jim became qualified and licensed as an Investment Broker and planner. First, at Independence Securities and later retiring from Intercarolina Financial Services. For 40 years, Jim worked tirelessly in the best interest of his clients, many of whom became lifelong friends. His office hours rarely ended at 5:00PM. He was always available as needed. James was a true scholar and lifelong learner, taking college courses into his eighties.

Jim was a member of Guilford College Civitan Club, serving as treasurer for many years. He enjoyed participating in the “Turkey Shoot” and raising money for worthy causes. He received many awards including the Golden Key and Civitan of the Year recognition. Jim was a boating enthusiast, spending his leisure time at his lake house, towing his wife, son, and many others on skis safely, for over 50 years.

Jim will be remembered for serving his community well by giving graciously of his time and talent as an announcer, actor, and a narrator for many special events. His amazing voice will never be forgotten.

Diagnosed with late-onset Alzheimer's Disease after a 2016 auto accident. Jim spent the last years of his life in the grip of Dementia. As his impairments advanced, he never forgot to pray and to say “Thank You” to God, family, and friends.

Those left to cherish his memory are his son, Jim III; three grandchildren, Skyler, Guy, and Lea; and several nieces and nephews.

To honor Jim, the family asks that you spend time with someone who is lost in the lonely world of Dementia, holding their hand, and praying for them.

There will be a private family committal and remembrance service at a later date.

Friends and family may view, and sign the guest book at www.Pierce-JeffersonFuneralService.com

Services for James Light, Jr.
There are no events scheduled. You can still show your support by sending flowers directly to the family, or planting a memorial tree in memory of James Light, Jr..
Visit the Tribute Store