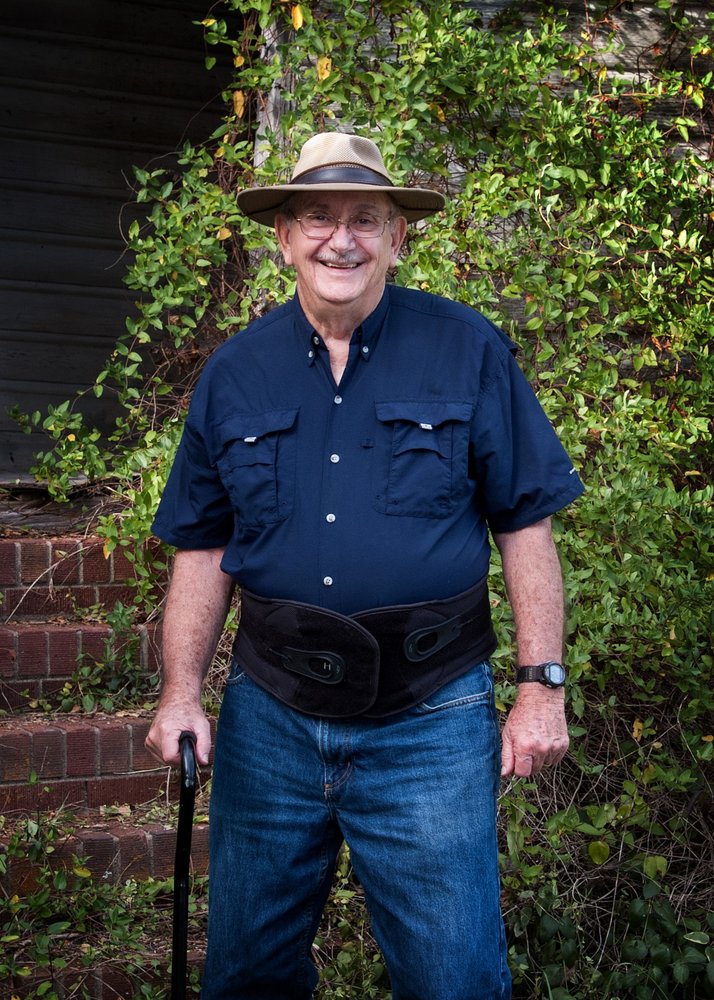 Roger Rowan Ballard was born, March 19, 1943, at his parent’s home in Colfax.  He was born into eternal life at the home he and Ann shared for 55 years on  March 19, 2020 after a 17 year journey with Alzheimer’s.    We believe Roger entered heaven’s door asking who needed help, looking for a yard that needed mowing, ready for a Jeep that needed tinkering with or just needed to be driven, or finding that child who wanted to play.

Roger had the typical 40’s/50’s childhood.  He played cowboys and Indians and dreamed of being a cowboy.  He graduated from Colfax High School in 1961, went to work at Robah Pegram’s Esso for a short time and then began a 35 year career with RJ Reynolds Tobacco Company.  Roger also served in the Army during the Vietnam era and as a result never wanted to stand in line again.

Giving back to others was an important part of Roger’s life.  He served with the Colfax Volunteer Fire Department for 20 years, rising to the rank of Captain.  He and Ann served as Co-Youth Directors at Colfax Baptist Church for several years.  The teenagers we were blessed to share life with gave us a good basis for parenting our teens.  In addition, Roger was active in the life of Colfax Baptist Church, serving as a Deacon, Sunday School teacher and Sunday School Superintendent.  After joining Main Street United Methodist Church, he served on the Trustees and the Altar Guild, as well as completing all but one of the Disciple courses, until failing health prevented him from completing Christian Believer.  Roger was an active member of, and received grace and love from, the Cornerstone Sunday School class.  We call each member of this class our angels on earth.

Roger met Ann Idol three times before he finally asked her for a date. First was at a dance at Colfax School in 1960, second was at the Kernersville Fourth of July Parade in 1962, and third was at a Sandy Ridge Community Association chicken stew in 1963.  Ann learned early in their relationship Roger didn’t make quick decisions.  Roger and Ann were married September 6, 1964.  Ann has been blessed to be Roger’s wife, friend and caregiver.

Roger is Dad to seven children by birth and love, Tina Rowann and Alton Theodore Barber, Jr. (Ted), of Smithville, TX,  Kirstin Antoinette and Christopher Thomas Schlenker of Raleigh, Matthew Roger Ballard of Kernersville, and Bundi Sigurdsson and Helga Eriksdottir of Reykjavik, Iceland.  Roger is Grandpa/Gumpa to Alton Theodore Barber III (Buck), Laila Renee Ballard, Murphy Roger Ballard and Zoe Rowann Barber.  He is long distance grandpa to Julius, Jason and Diana Gudmundersson. He is brother to Ralph and Audrey Ballard of Trinity and uncle to Mike and Debbie Ballard, Rhonda and Tommy Moffitt, Brian and Melissa Shepard, Rodney and Charlene Mabe, Angela Hawkins, April Smith, Dana and Luke Andrews, and cousin to a bushel and a peck of Ballard’s, Kirk’s, Needham’s and Idol’s.

Friends and family may sign, and view, the guestbook at www.Pierce-JeffersonFuneralService.com

Share Your Memory of
Roger
Upload Your Memory View All Memories
Be the first to upload a memory!
Share A Memory
Send Flowers