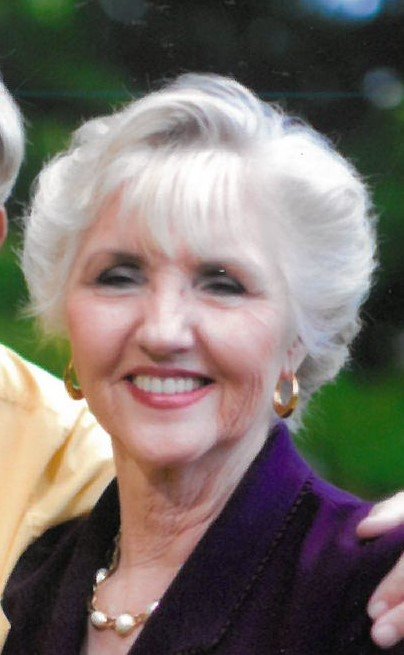 Carolyn Lindsay Jewell, 79, of Greensboro died at Pennybyrn at Maryfield, on April 24, 2020, after a long battle with cancer; she is now home with her Lord and Savior.

Carolyn was born in Leaksville, North Carolina, which is now known as Eden, in August of 1940 to parents, Reverend & Mrs. T.T Lindsay.

She graduated from Durham High School.  Carolyn went on to attend Emmanuel College in Franklin Springs, Georgia where she was a member of the Women’s Trio.

Carolyn was a born a producer.  She knew how to encourage others to be leaders.  She loved fishing from piers on beach trips.  Carolyn was a champion racquet ball player and a fantastic computer game player.  Mel and Carolyn had 11 years together; read the Bible through 14 times, and was a life-long Pentecostal Holiness Church member.

Due to current health and safety regulations, the memorial service will be held at a later date.

In lieu of flowers, consider a donation to the American Red Cross of Greensboro, NC: https://www.redcross.org/donate/blood-services-donation.html/ or by mail to:
American Red Cross: PO Box 37839, Boone, IA 50037-0839

The family would like to express their sincere appreciation for the special care they gave to Carolyn.

Share Your Memory of
Carolyn
Upload Your Memory View All Memories
Be the first to upload a memory!
Share A Memory
Send Flowers