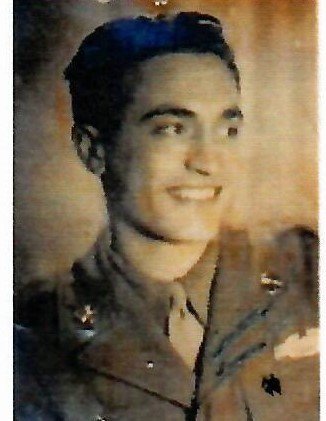 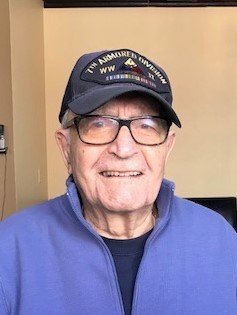 Joseph Iacone, 95, of Kernersville, NC, formerly of Easton, PA passed away Thursday October 8, 2020 after a very brief battle against Coronavirus.

Joe graduated from Easton High School and from Rider College in 1949.  He was an accountant for companies large and small but primarily for Riegel Paper Corp. now Rexham.

One of the dwindling number of World War II veterans, Joe served in the US Army, 23rd Armored Infantry Battalion, 7th Armored Division (The Lucky 7th) in the north of France, Battle of the Bulge and Rhineland Campaigns.  After the war, as troops were being sent home, he was singled out for his ability to take shorthand at 80 words per minute.  He was then assigned as aide to Commanding General Mark Clark, Quadripartite Control Commission, Vienna Austria with the responsibility to take meeting notes, transcribe and send stateside, an assignment of which he was very proud.

Joe was close to family and always fond of his Easton High School connections and Easton area ties.  His Thanksgiving highlight would be watching the traditional football game between Easton and Phillipsburg.

Surviving are one daughter Susan Ferrell of Naples, FL and her husband Steve Ferrell, his granddaughter Elizabeth Iacono of Toledo, OH, daughter in law Lauren Iacono of Raleigh, NC, one brother, Angelo of Allentown, PA; two sisters, Lena Nyffenegger of Nazareth, PA and Grace Ealer of Bethlehem, PA; a multitude of nieces and nephews and his companion and significant other of many years Pat Jackson of Kernersville, NC. He was predeceased by his son Paul Iacono, brothers Paul, Ignazio, and Thomas and three sisters, Mary Recchia, Lucy Deremer and Theresa Iacono.

Joe was known for his colorful personality and was a voracious reader and in particular loved books of history. He was a news junkie, stayed up to date on current events and could debate politics with anyone.  His last few years were spent at Kerner Ridge Assisted Living in Kernersville, and thanks go to the staff for his care.  Even at 95 he was adept at Facetiming regularly and his usual sign-off was…….”bye for now”.

A family get-together of remembrance will take place later in Easton, PA.  Donations can be made in memory of Joe’s son Paul Iacono, to MD Anderson at https://www.mdanderson.org/donors-volunteers/donate/honor-loved-ones.html

Services for Joseph Iacone
There are no events scheduled. You can still show your support by sending flowers directly to the family, or planting a memorial tree in memory of Joseph Iacone.
Visit the Tribute Store

Share Your Memory of
Joseph
Upload Your Memory View All Memories
Be the first to upload a memory!
Share A Memory
Send Flowers