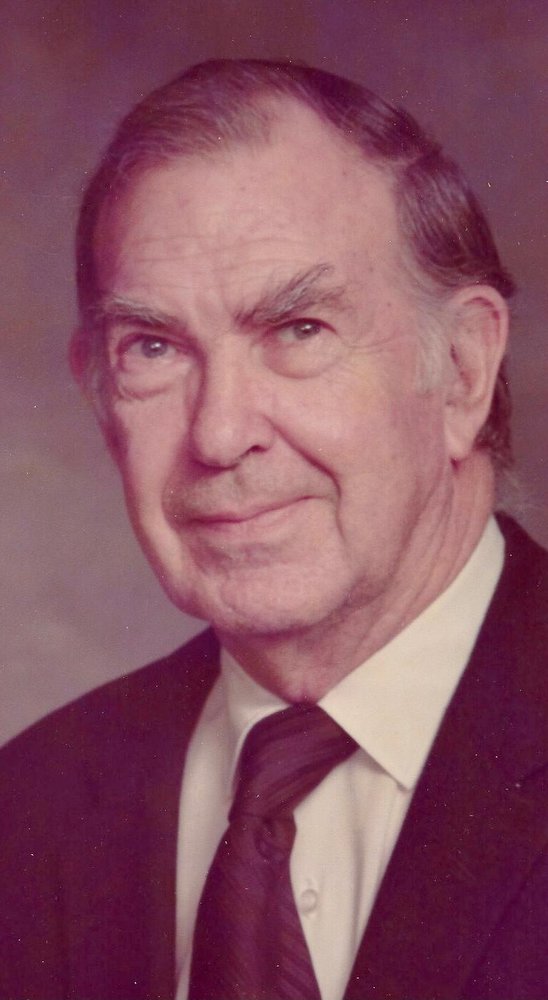 He was born on November 20, 1923, in Warrenton, NC, to the late Samuel Davis and Annie Virginia Dowtin Davis.  Bill was a life-long, faithful and active member of First Presbyterian Church in Greensboro, NC.  He met his wife, of 62 years, there.  Bill was married to Ruth Nelson, of Lenoir, NC in 1957.  Prior to their meeting, Bill served his country as a tail gunner, in a B-17 bomber, over Normandy, as well as, other campaigns in Europe.  He survived two plane crashes and was Honorably Discharged after 32 missions.  He returned to the United States with nothing and joined the “52/20 Club.”  This “club” provided, to veterans, a payment of $20 dollars per week for 52 weeks.  The GI Bill allowed him to graduate from “State College” (NC State). He continued to follow Wolf Pack sports avidly all of his life.

Bill went on to have a combined career of 32 years employment beginning with Klopman Mills and retiring from Burlington Industries, at age 64.  Bill enjoyed volunteering with his son’s Boy Scout troop, he loved being outside. When Bill’s grandchildren were young, he had fun playing games with them.  Checkers and Wii’s “Rock Band” were among his favorites.  He loved spending time with his family and traveling with childhood friends from Warrenton, NC.  In his later years, he enjoyed many activities at River Landing, especially playing chair volleyball with his friends there.  Bill was pre-deceased by his beloved wife, Ruth, in May of 2019.

Those left to preserve his memory include his son, Pryor Davis, Jr.; daughter, Nelson Edwards and husband, Will; grandchildren, Nancye, Susan, Sally, and William Edwards, Jr.; multiple nephews and a host of extended family and friends.

On Sunday, November 1st at 1:00 PM, there will be a memorial service at Blaylock Funeral Home.  Followed by a brief graveside commemoration, with military funeral honors at Fairview Cemetery nearby.  Blaylock’s address is 203 North Front Street, Warrenton, NC  27589.  The phone number is (252) 257-3175.

The family wishes to thank the staff and caregivers at River Landing for their support and affection to Bill Davis during his last years.

“Stop at the crossroads and look.  Ask for the ancient Godly way and walk in it and you will find rest for your souls” – Jeremiah 6:16

Services for William Davis, Sr.
There are no events scheduled. You can still show your support by sending flowers directly to the family, or planting a memorial tree in memory of William Davis, Sr..
Visit the Tribute Store

Share Your Memory of
William
Upload Your Memory View All Memories
Be the first to upload a memory!
Share A Memory
Send Flowers