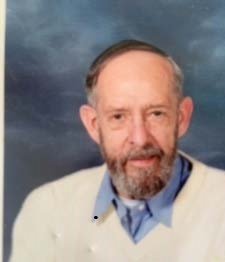 Mr. Neal was born in Greensboro, NC to the late Dwight Lewis Moody Neal and Jessie May Hopper Neal in 1935.  He is survived by his daughters, Vicki Neal Frantz (Bill) of Waynesboro, VA, LeAnne Neal Moser (Ed) of Burlington, NC, and Kelly Neal Almond of Dallas; ten grandchildren; ten great grandchildren; a sister, Patricia Neal Evans of Indiana; and a host of nieces and nephews. He was preceded in death by his wife, Geraldine “Jerry” Shepherd Neal; his son, Kenneth “Kenny” Stuart Neal, Jr.; and two great grandchildren, Thorin Frantz and Jason Branch.

Ken was a hard, working man all of his life.  He supported a wife and four children, sometimes working two and three jobs.  He began his early working career wearing many different hats.  One in particular was that of Fire Inspector for the City of Greensboro Fire Department in the early 1960s. Many fond memories by his children were made in that fire station. Ken also worked briefly as a lineman for Duke Power Company in Burlington but later settled into a sales career for many years with Rexall Drug and NC Mutual Drug Companies.  Subsequent to his ever-changing territory of stores, the Neal family moved all around North Carolina, settling the longest in Burlington, NC.  In the mid-1970s, Ken and Jerry moved to the Charlotte area where they resided until Jerry’s death in 1999.  Ken then moved to Charlottesville, Virginia to live with his eldest daughter and her family, due to his poor health.  It was in Charlottesville in February 2003 that he underwent a successful single lung transplant at the University of Virginia Medical Center headed by the transplant team consisting of Dr. David Jones and Dr. Mark Robbins.  Ken was given a life-sustaining gift that would serve him well for the next seventeen years.  This second chance in life granted Ken an opportunity to become an avid advocate for organ donation.  With this gift, Ken was able to return to playing golf and he participated in the Senior Olympic Games with Lung Life Net for transplant recipients in Minnesota.  He was especially proud to be a part of that team.

The Neal family appreciates all the love and support from family and friends throughout Ken’s life.  A private service will be held to celebrate his life.  Memorials can be made to Lung Life Net for organ donation or to a charity of one’s choice.

Services for Kenneth Neal
There are no events scheduled. You can still show your support by sending flowers directly to the family, or planting a memorial tree in memory of Kenneth Neal.
Visit the Tribute Store

Share Your Memory of
Kenneth
Upload Your Memory View All Memories
Be the first to upload a memory!
Share A Memory
Send Flowers