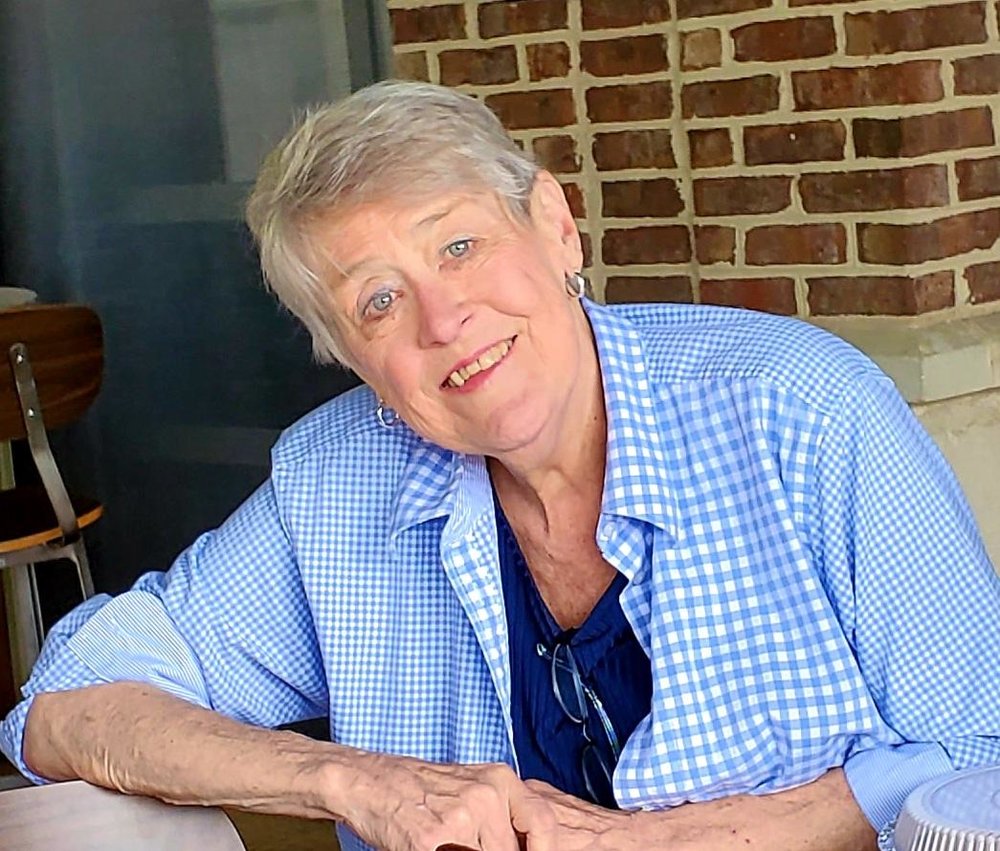 Born in Hibbing, Minnesota, she was the daughter of Raymond Tate & Bernice Pearson Tate. Bernie was married to her best friend and love of her life, Ronald W “Ron” Erickson, for over 47 years, before his passing in 2017.

Though Bernie began her career in nursing, motherhood soon became her main focus. After her children started growing up, she became an entrepreneur in the community, first starting Erickson Ceramics with her sister-in-law Karen and finally opening The Soccer Shoppe. It was through The Soccer Shoppe that she interacted with so many young athletes and their families, making many life-long friends. She was also a devoted and long-time member of Christ Lutheran Church.

Bernie is survived by her son Tate Erickson of Swannanoa, and daughters Tara Erickson Winther and Tori Erickson Mocharnuk (Matt) of Greensboro; grandchildren Ocea, Tristan, Tucker, Dylan, Cassidy, Abby and Meadow; brother, Bud Tate; numerous nieces and nephews and more friends than can be named. Lastly, Bernie is survived by her precious 4-legged children, her dogs, who gave her so many years of unconditional love and companionship.

The family would like to thank Bernie’s close circle of friends and family for their support and love during the past few months. She cherished every one of you.

In accordance with her wishes, Bernie was laid to rest next to her Ron at Forest Lawn Cemetery in a private ceremony earlier this week.

Share Your Memory of
Bernice
Upload Your Memory View All Memories
Be the first to upload a memory!
Share A Memory
Send Flowers