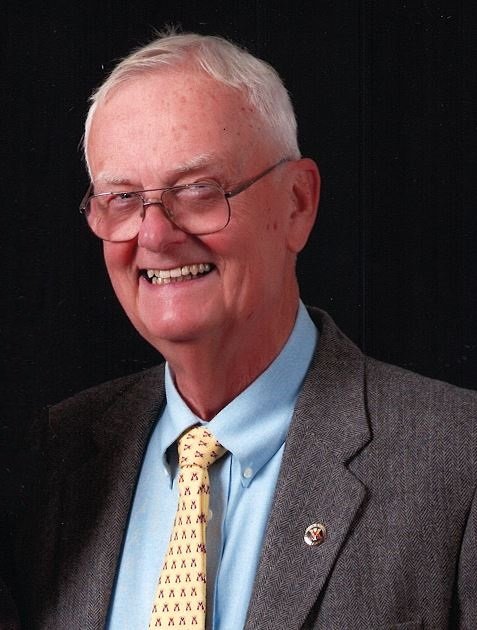 Charles (Bud) Henry Alligood graduated from a remarkable earthly life on March 26, 2021 to be with his Lord and Savior after a long and courageous battle with cancer.  Bud was born and raised in Hampton, Virginia on May 12, 1939, to the late Raymond and Martha Alligood.  Voted Student Body President under the campaign slogan “Bud’s Wiser,” he was revered by his Hampton High School (Class of 1957) classmates and teachers for his affable personality and mischievous sense of humor.  In 1961, he proudly graduated from the Virginia Military Institute, a school that he deeply loved and loyally supported throughout his adult life.  Immediately after graduation, he married his first wife, the late Jeannette (“Ginger”) Anchors Patton, also of Hampton, before deploying with her to honorably serve his country in Germany during the tense and trying Cold War years.  He achieved the rank of Captain in the United States Army during his two years of service as a tank commander.

After returning to Virginia, he started both a family and a long-time career with Burlington Industries as an Industrial Engineer.  With a legendary discipline and work ethic learned from his father and his military service, he was never known to miss a day for sickness.  He continued his career after Burlington’s glass fabrics division was sold to become what is the current BGF.  There, he worked tirelessly to earn his company the coveted ISO quality management certification.

He loved life and quickly made friends with his cheerful demeanor and quick wit.  Bud loved people, history, reading, golf, and sports generally, and stood loyally by his VMI Keydets through many a challenging football season.  He enjoyed a large church family with Greensboro’s Trinity Church.

Above all, Bud was a loving and devoted family man, the perfect husband and father.  Though still enjoying work and instrumental to his company’s success, he retired as BGF’s Vice President early in order to be by the side of his beloved wife after she experienced health issues.  He deeply loved Ginger to the day of her unexpected death in 2008, and forever beyond.  He loved his two sons, who remained his best friends for life, and his grandson with equal devotion.  Bud worked tirelessly to ensure that his sons graduated college and graduate school debt free.  He remarried in 2016 to Margaret (“Peggy”) Hayes of Hampton, Virginia, whom he also loved deeply.  His sons are forever grateful to Peggy, who stood bravely by Bud’s side with fierce devotion through debilitating chemotherapy and hospice home care, all to his final breath.

Bud will forever be remembered for his positive disposition, which his fine doctors credit as instrumental to his ability to overcome cancer with unwavering happiness for twenty-two years.  No one personified more faithfully his alma mater’s historic “Never Say Die” spirit.

Arrangements are forthcoming and will be made available through Pierce-Jefferson Funeral Home: 336-904-1053; pierce-jeffersonfuneralservice.com. In lieu of flowers, please make a donation to the Jeannette P. Alligood Memorial Scholarship at Virginia Military Institute, 319 Letcher Avenue, Lexington, VA 24450.